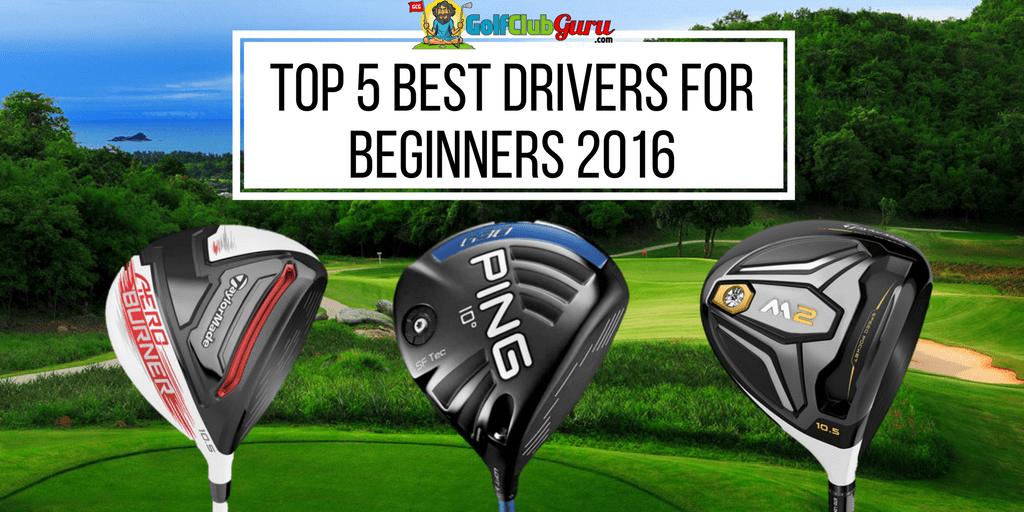 The Best Drivers for Beginners – 2020 Update

As a beginner, you should play to your advantages. Pick a driver that has a large sweet spot and is very forgiving on mishits. That way, hitting it an inch from the sweet spot will result in a shot in the rough, not out of bounds.

Pick a driver that is not adjustable, so that instead of tinkering with the settings and changing it to “draw” when you keep hitting slices, you can work on your swing instead.

If you are a beginner, pick one of these 4 drivers and you can’t go wrong. They have simple designs, large sweet spots, low spin heads, deep centers of gravity, and some are already draw biased, so you can start hitting those sweet, high draws like you’ve always wanted.

Want to read more? Read one of my two favorite articles, the easiest, most forgiving drivers and the best drivers under $100. 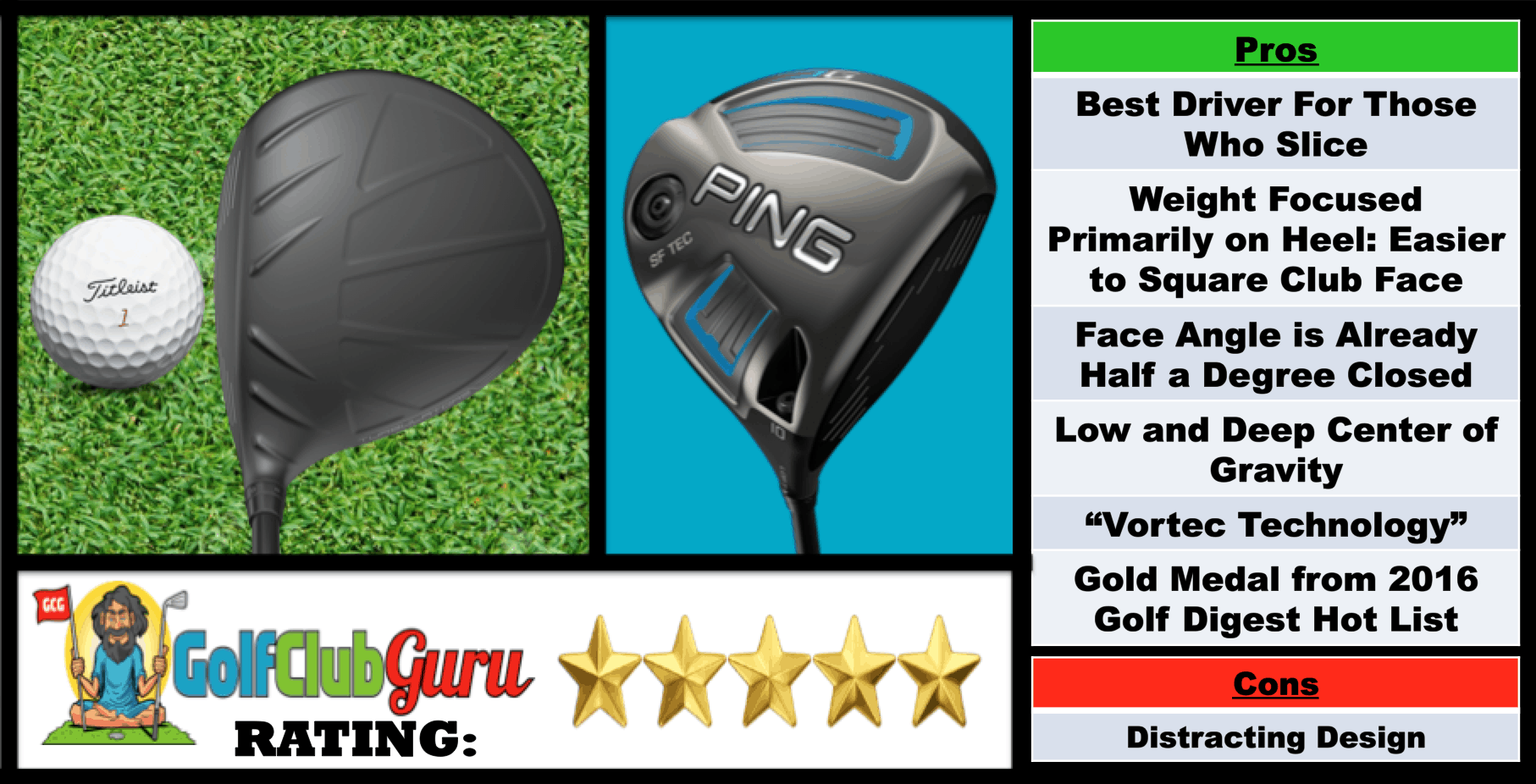 Most beginners have the problem of an open club face at impact, especially with driver. This is one reason why many beginners slice the ball, as the club face at impact is open to its path. Well, the Ping G SF Tec Driver has weight in the heel of the club, which makes it easier for the face to turn over (shut). So, as long as you work on your club path, this driver would do a great job of fixing the open club face. I personally am a big fan of this driver, as it requires less timing of closing the club face through impact. It makes me feel like I can swing as hard as I would like (which would typically result in an open club face) without leaving the club face wide open and hitting a big push/cut.

Hands down the best driver for beginners in 2016, let’s talk about some of the other benefits of this club:

This driver is perfect for someone that is tired of hitting slices or pushes to the right, as long as the crown design doesn’t put you off. 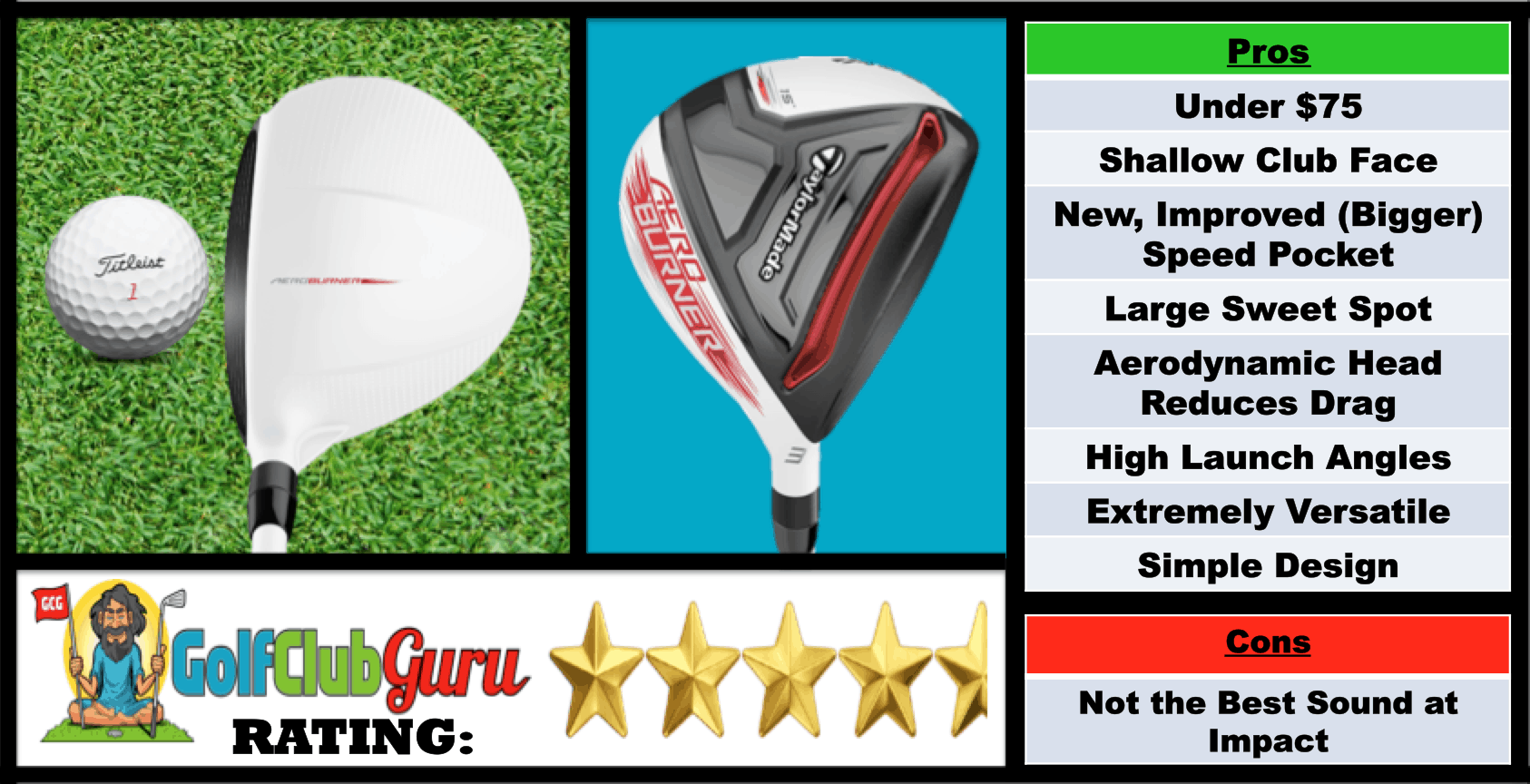 You better believe that TaylorMade made this list, and not just once either. They have come out with numerous incredible drivers in the best few years, and the TaylorMade AeroBurner is no exception. A very simple, yet professional looking design is perfect for beginners, who don’t need all the adjustability like the TaylorMade M1 or R15. The sweet spot on this club is very large, making it one of the most forgiving drivers released this year. Balls hit away from the sweet spot still fly far and relatively straight, perfect for beginners who often struggle due to a lack of consistency. If you can get over the high pitched sound at impact (think “dink!”), then this driver is perfect for you!

Let’s talk a little bit more about the features of this driver!

This driver is perfect for a beginner in 2020 that wants a simple, non adjustable design that delivers long drives even on mishits. 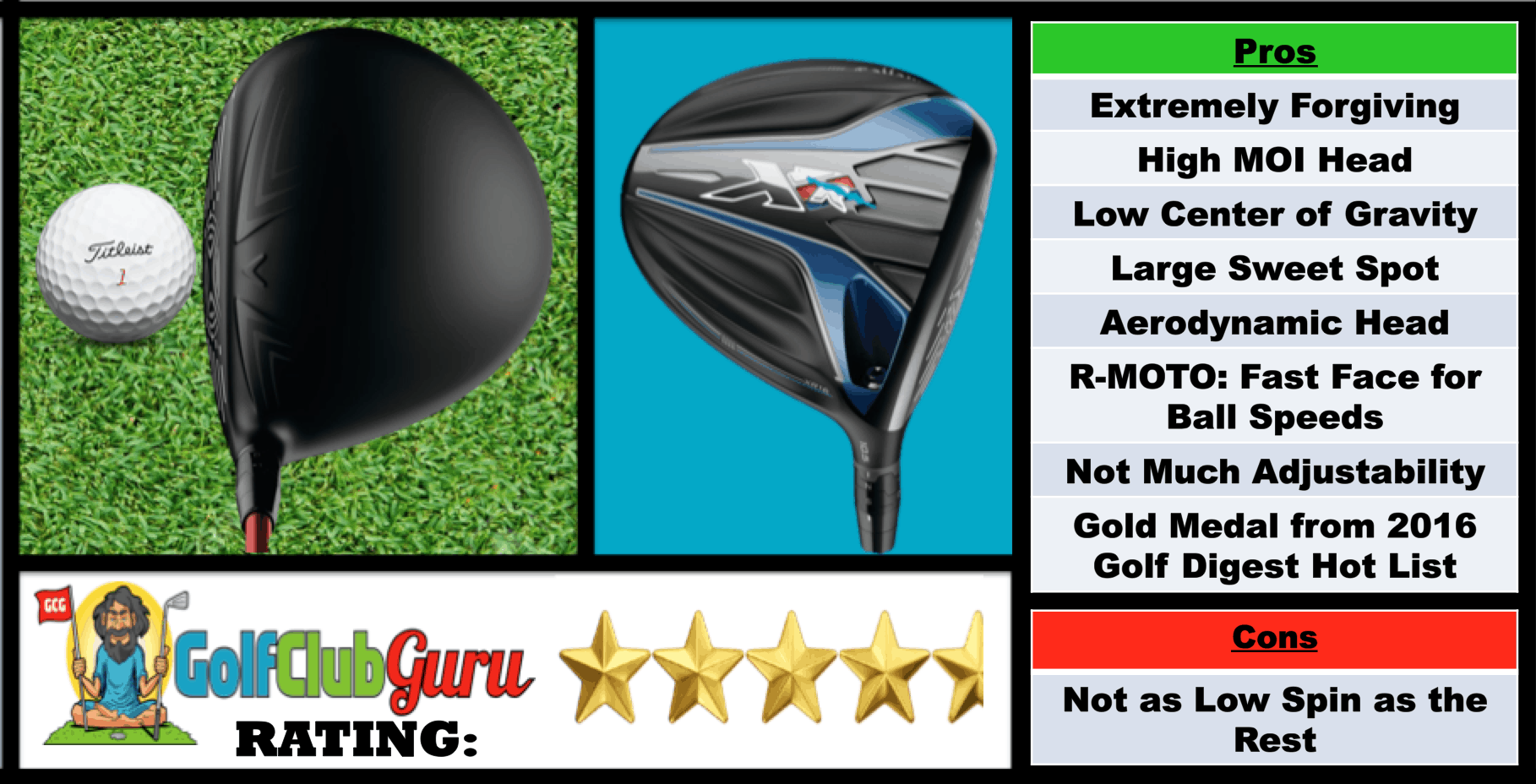 The longest Callaway driver I have ever hit, the Callaway XR16, was a much needed release. Callaway hadn’t come out with a driver in a while that really caught fire, but this one stopped that trend. Although not extremely adjustable, I would say it is still more than necessary for beginners, as you can adjust face angle and lie. Who knows though, maybe you will make good use of it one day. However, I and many other golfers have noted that they noticed more spinny shots with this driver at times, leading to some ballooning in the air.

Here are some of the benefits of the Callaway XR 16:

This club is perfect for: a golfer that feels confident that they have a good angle of attack on drives (AKA hit up on the ball, not down) and wants an increase in distance.

4) Another Great All Around Option: TaylorMade M2 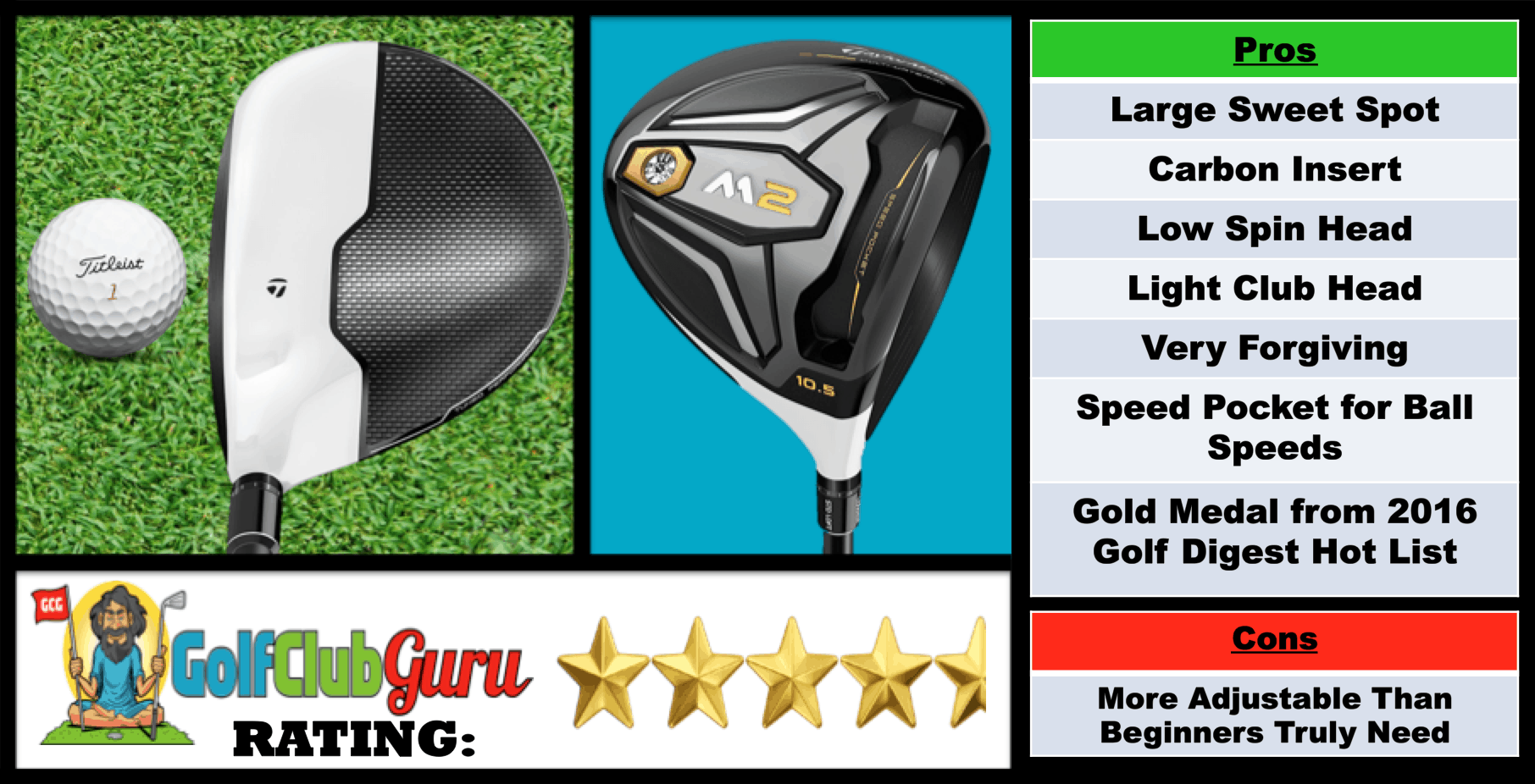 The second driver from TaylorMade on this list, the TaylorMade M2 is arguably the best overall driver of the year. Many pros absolutely fell in love with the club, and everyone else can see why. The reason that this club is not higher on the list is that it is the most recent release from TM, and I struggle to see why beginners would shell out so much money early into their hobbies.

You never know if you decide golf isn’t meant for you, and your golf club investments would be a waste then. Plus, technology honestly hasn’t improved significantly the last couple of years, so I would definitely suggest getting a club a few years old (and therefore $100-200 cheaper) as a beginner to start out with. However, I know some of you truly want the best of the best, with money not being an option. For those of you people out there… I envy you. In all seriousness though, you won’t be let down with the M2. It’s not very adjustable (face, lie angle, and loft only), and the sweet spot is pretty huge, a great combination for beginners.

This driver is perfect for: someone that wants the absolute best of the best that isn’t afraid of dropping $400 plus for a driver to get some extra yards and consistency.