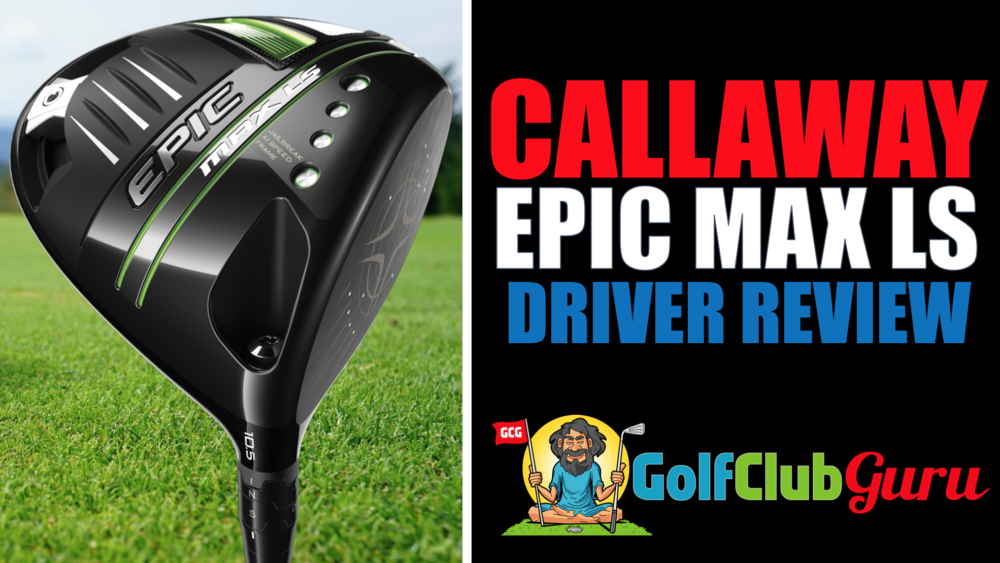 The Callaway Epic Max LS driver isn’t for everyone. Actually, it’s meant for a really small crowd – the crowd that has a swing speed so high that they actually create too much backspin to maximize distance.

Oh, and another thing: if you are considering this driver (meaning that you think you may need a low spin driver head), just go and get fit by a professional club fitter. Do yourself a favor.

Unfortunately, I won’t be able to give you exact performance results that will have any value to YOU and YOUR golf swing. Everyone has a different swing, attach angle, spin rate, etc.

But I can give you general performance expectations. If you are currently hitting high, spinny drives that don’t go as far as they should considering your swing speed, then a low spin driver like the Callaway Epic Max LS is a great option. You can expect a slightly more penetrating drive that will carry relatively far and still roll a fair distance.

The Callaway Epic Max LS has a slight fade bias, which is pretty rare considering the huge slice epidemic that most golfers are a part of.

However, there are two adjustable aspects of this head:

Who Is This Driver Best For?

This driver is best for those that simply generate too much backspin. A spinny shot may look great in the air at first, but then it keeps spinning and stays in the air too long. As the ball keeps ballooning, the backspin gets worse, and the ball falls down (almost vertically) and doesn’t roll any.

If you think you are generating too much backspin with your drives, then I’d recommend that you start by getting a lesson with a PGA professional. Don’t buy a low spin driver just yet! Let your PGA pro know your concerns about your high, spinning drives and see what he/she recommends.

If you are on a tight budget, then here are some basic recommendations to fix your swing flaw withOUT buying a new $500+ driver. If you are generating too much spin on your drives, then consider

Compare to the Other Epic Drivers

Similar Driver on a Budget

If you are set on a low spin driver head, you can’t go wrong with the TaylorMade SLDR driver. It’s literally the king of reducing spin numbers on drives.

The TaylorMade SLDR driver was a huge breakthrough after a long plateau in golf equipment. The SLDR offers the optimal “high launch, low spin” numbers for many golfers. And the price is stupid low, since the SLDR was first released like 6 years ago or so.

You can literally pick up a TaylorMade SLDR in good condition for under $100. Crazy. If you are deciding between the TaylorMade SLDR for $100 or the Callaway Epic Max LS driver for $530, then you are basically wasting your time. The $100 alternative is the clear choice.

Both drivers have forward COG’s and a sliding weight to adjust ball flight if you’d like. Practically the same driver, just different brands, different color schemes, and different gimmicks.