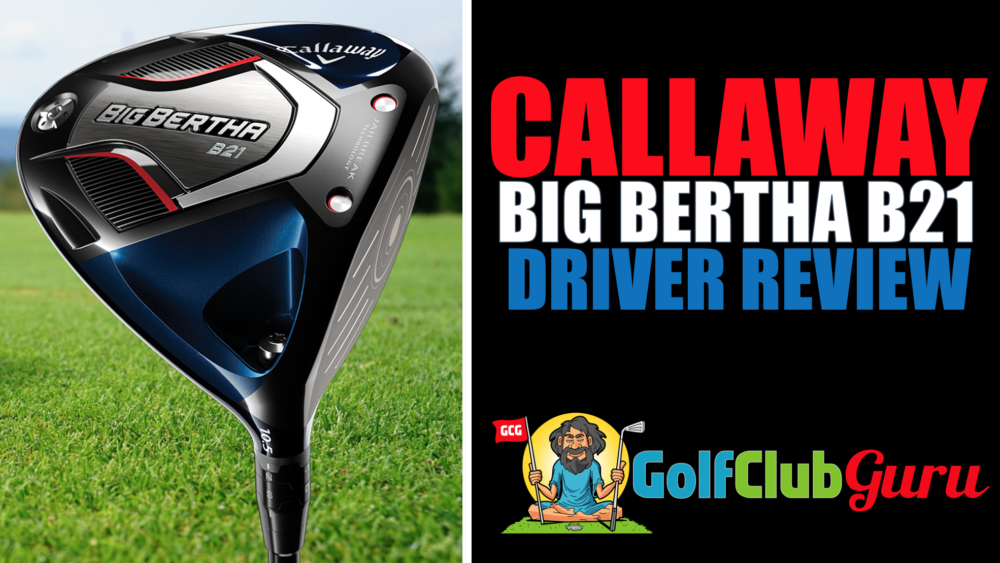 Draw-biased drivers are becoming more and more popular, unfortunately. Why work hard on your swing with a PGA pro when you can buy a straight drive for $500? You can probably tell that I hate the golf industry when it comes to pushing out new product as quickly as possible, no matter how much deceptions is needed to do so successfully.

Do a few minutes of research. I did it for you, just in case. The overall reviews of the Callaway Big Bertha B21 Driver has incredible reviews. Mostly from old farts that haven’t upgraded drivers in a while, but oftentimes even from golfers that are upgrading from the “super outdated” Mavrik line of drivers.

It’s not very often that I truly hate the look of a driver. This is one of those occasions. I’m sure that any golfer could (and would) get used to the triangular shape after a while, but still. Why would we have to?

Besides the terrible shape, I do like the rest of the overall look of the Callaway Big Bertha B21 driver. I like the color scheme, and the head cover looks sweet honestly.

It’s hard to tell you EXACTLY how you are going to perform with this driver. If you have the opportunity, try it out on the range. Just make sure to compare it to your current gamer (and maybe a few other drivers that you are interested in) to get a fair comparison.

In general, you can expect a fair amount of a draw bias, a high launch angle, and relatively low spin. That’s an incredible combination for the high majority of golfers that struggle with slices and consistently hitting the fairway.

I could definitely tell that there was a draw bias – no question about that. The high launch and low spin is a little iffy, as that’s a tough combo in reality.

The Callaway Big Bertha B-21 driver is perfect for golfers that want a long, forgiving driver with a draw bias. If you currently struggle with hitting slices or pushes, then this driver would be a great fit. To be fair, though, there are far better value options on the market that are draw-biased.

This driver is made for those that simply want to hit more fairways and stop missing to the right (for right handers of course).

On a more serious note, this driver (at the time being) is really meant for golfers that have a high budget for a new driver. If you don’t have $500 to spend, then you shouldn’t even be reading this right now. If you are frugal or strapped for cash right now, go to the bottom section of this article for a similar performing driver under $200.

If you want a draw biased driver that is also super long and forgiving, then the Ping G400 SFT driver is a great option. It has been one of the most popular draw biased drivers of all time, and for good reason. The extra weight towards the heel of the club encourages the club face to shut easier through impact, which will go a long way to stop your slice or push to the right.

While the Callaway Big Bertha B21 Driver is currently selling for $500, you can pick up a Ping G400 SFT driver for under $200. Oh, and you’ll be supporting a company that ONLY releases new clubs every year, not 3x a year like Callaway. I’d wager that the Ping drivers will maintain their values better and longer than any Callaway driver that will be outdated before the year is over.

Truthfully, these two drivers are practically the same. Same design. Same target audience. I’d highly recommend saving the $300 and getting a used Ping SFT driver. You may be able to find a Ping G30 SFT for cheaper than the G400, but they are pretty rare.