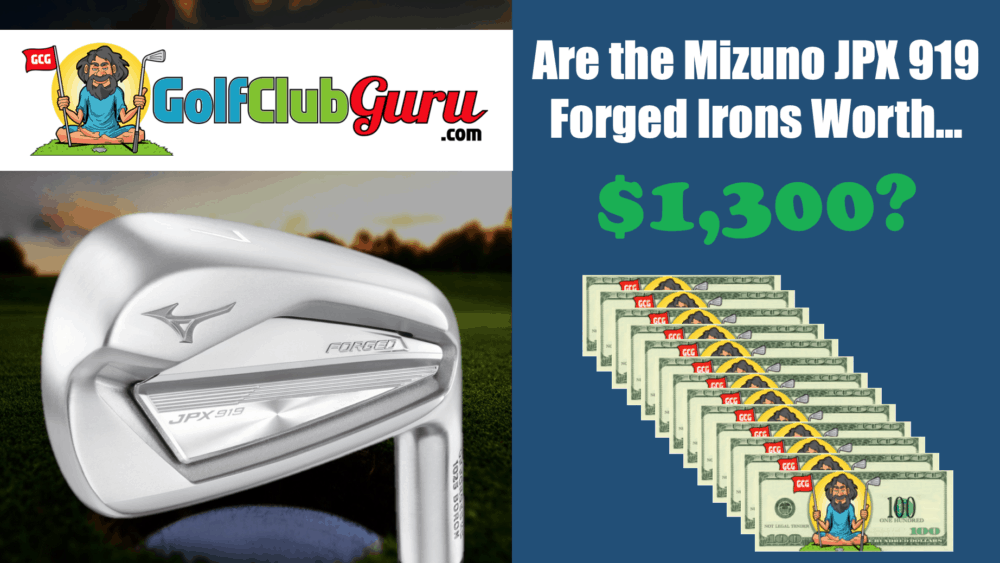 I love my Mizuno forged irons (my current gamers), and I paid good money for them about 6 year ago. I take that back, I did not. My father paid good money for them. Now that I am on my own, I would never have paid that much. If it was up to me, I’d be trying to find good value alternatives that would feel and perform nearly the same at the Mizuno JPX 919 Forged irons.

Thankfully, you’re in luck. Mizuno has pretty much released the same set of irons each year for the past 5 years – let’s be honest here. There is hardly any changes or improvements being made year over year. They have to keep releasing new clubs, but there is only so much that can be done each year before we are hitting our pitching wedges 200 yards.

Who SHOULD Buy the New Mizuno JPX 919 Forged Irons?

There are a few people that should be buying a new set of irons like the Mizuno JPX 919 Forged iron set. THose people are:

A Better Value Alternative Under $300

You can pick up a set of Mizuno JPX 825 Pro irons from a variety of places. We recommend Global Golf and 2nd Swing Golf. You can find a good condition set listed for anywhere from $200 to $300, which is an absolute steal compared to their original MSRP of like $1200 5 years ago.

I can personally vouch that these look and feel just like the Mizuno JPX 919 Forged irons. I’ve had my JPX 825 Pro irons for 5 years, and I was able to test the JPX 919 forged irons about a month ago. At address, they look the same. A little chunkier for players irons, but nothing crazy. Overall, both of these sets are great options for those that want a players irons with a little more forgiveness than most.

A Lower Priced, Similar Set of Irons for Under $150

No matter what clubs you might end up with in the MP series from Mizuno, you can’t really go wrong. Some are a little more forgiving than others, but all of the forged MP irons feel incredible and will allow you to grow as a ballstriker. The Mizuno MP-60 irons are a great, SUPER-LOW budget alternative to the Mizuno JPX 919 Forged Irons. You can currently pick up a set from our favorite store, Global Golf, for less than $100 shipped to your door with the current discount (at the time of this writing, may still not be applicable).

The lofts were as strong back then, so you’ll notice a small decrease in distance compared to a newer set of irons. As long as you don’t care what NUMBER the club has on the bottom, you’re fine. It’s the loft that really matters.

This set isn’t as forgiving as the Mizuno JPX 919 Forged irons. However, you could say that this set would help you develop as a ballstriker faster, as you’ll be forced to hit the center of the club face or else the result won’t be pretty.

If you want a blade feel with a weeeeee bit of extra forgiveness from the small amount of perimeter weighting, this is the set for you. Awesome feel at impact. Wouldn’t recommend if you aren’t a confident ball striker. However, if you are confident that you can hit the center of the club face more often than not, you’ll be rewarded with great distance control, workability, and feel at impact.