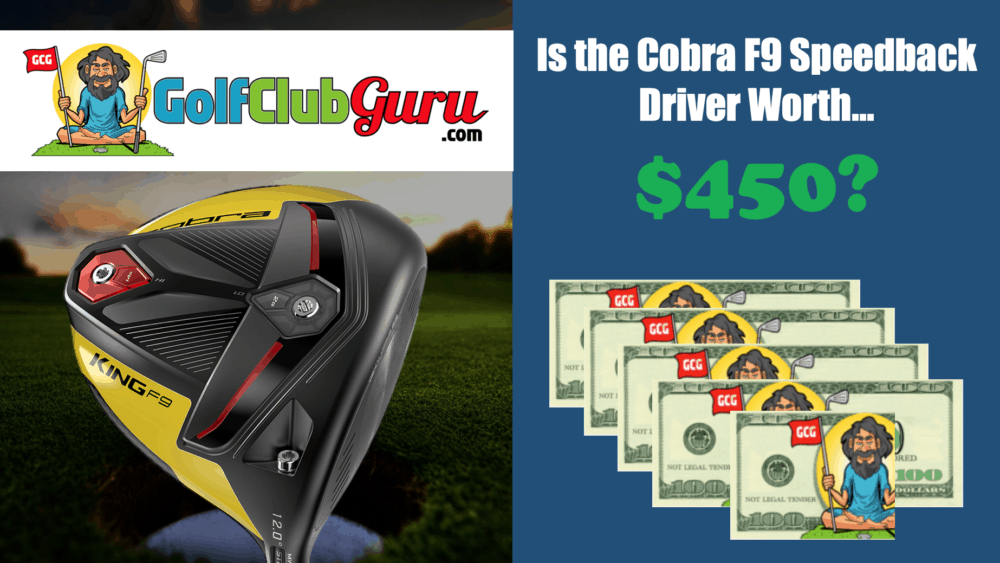 Review: Is the Cobra King F9 SpeedBack Driver Worth $450?

I truly love Cobra as a company. They make underrated clubs at great prices. It’s as simple as that.

Their new driver, the Cobra King F9 Speedback driver has had incredible reviews, so I had to try it out myself. It really is an awesome all-around club. The main problem, once it was first released, was the price of $450. Considering the available options on the market, we don’t see a need to shell out $450 for a club that can practically be picked up for $100 via a similar, older model.

Who We Think Should Buy the Cobra King F9 Speedback Driver

There are still lots of golfers that buy new clubs. New clubs last longer, but the downside is that they are obviously far more expensive than slightly used clubs. It’s like when you drive a new car off the lot, the value goes down instantly. Similarly, once you take off the plastic on driver head and hit your first drive, BOOM! You just lost $100 of value. That’s just how it is.

Also, golfers that want to get professionally fitted for clubs should go ahead and shell out the extra money to get the latest and greatest. Lastly, golfers that simply want to support their local golf shop or pro shop should buy a club like this one, as the margins are best for new clubs and they’ll appreciate your business.

Most golfers pick a driver that they find to be the best mix of distance and forgiveness. The Cobra Fly-Z driver, I found, is just that. Super long off the tee, all while maintaining forgiveness across the entire club face.

The Cobra Fly-Z line of clubs came out about 5 years ago, so the value per $ is near an all time high right now. Currently, you can pick up a Cobra Fly-Z driver for right under $150 in great condition. Global Golf, my personal favorite online seller, has one available at the time of this writing, but only in a regular flex shaft. It’s wild to think that you’d save $300 by choosing the Fly-Z over the F9 Speedback. You can take those savings and invest in some lessons, a club fitting, or simply more rounds of golf!

I can’t say I’m a huge fan of the appearance of the crown at address, but the performance is nearly the same as the F9 Speedback. If you take a look at the sole of the clubs, you’ll notice a very similar design when it comes to weight placement. We like to joke about it, but its’ oftentimes very true: the main difference is the paint job.

If money is super tight right now, we’d recommend that you roll it all the way back six years to the Cobra Bio Cell drivers. This line of drivers was pretty much the first time that golfers realized that Cobra is actually a legit golf club company. Ever since then, they have consistently released top performing drivers each year to compete with the driver “big dogs” like TaylorMade and Callaway.

The Cobra Bio Cell drivers, in nearly every color imaginable, were extremely popular when they were first released. Every year since, the prices have consistently dropped. Currently, you can pick up a lightly used Cobra Bio Cell for under $100! That’s an absolute steal if you ask us. I bet the difference between the Cobra Bio Cell and the Cobra F9 Speedback drivers are less than 1% in all categories (forgiveness, distance, spin rates, etc).

As long as you can get over the color of the crown, it’d be well worth it to save the money and go with this older model.