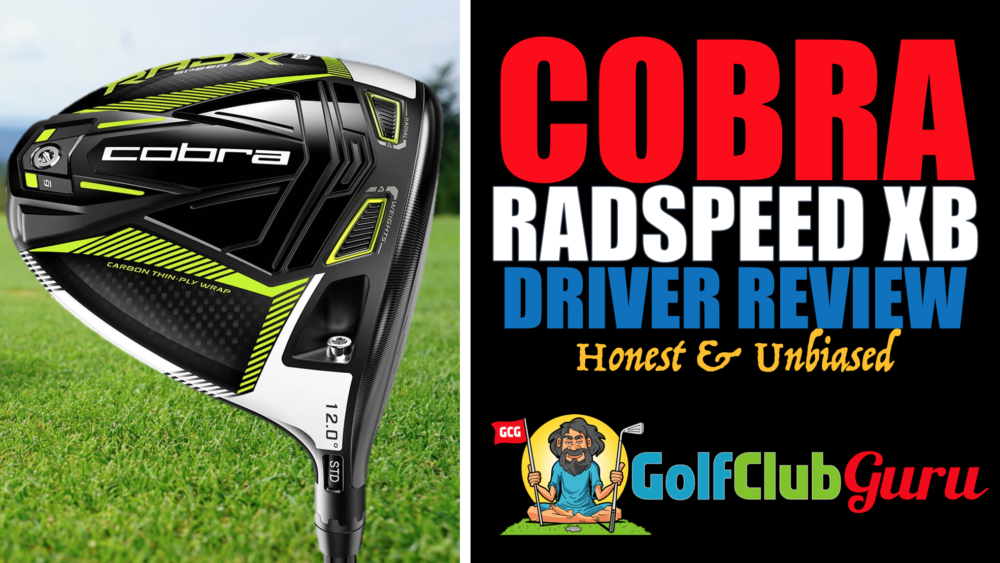 I just posted a review of the Cobra RADSPEED XD driver. The Cobra RADSPEED XB driver is literally the exact same driver, except with no draw bias like the XD has. So, this is going to be a very similar review to the one that I already posted, but here it goes anyway.

In general, the Cobra RADSPEED line of drivers has a great look at address and while in your bag.

The name XB (Xtreme Back) makes sense if you check out the sole of the driver head. All of the weight is placed low and near the back of the club head. In simple terms, this results in forgiving, high launch drives that the majority of golfers (slow and moderate swing speeeds) benefit from.

Performance wise, the Cobra RADSPEED XB driver is a great driver for those looking for more forgiveness and overall distance, without a large draw bias. If you want the large draw bias, then go with the XD instead, as it’s practically the same driver but with a draw bias added. If forgiveness & distance is all that you want, this is the one for you.

Truthfully, it’s nearly impossible to tell you with certainty what driver will be the best for you and your swing. I can tell you in general terms, but I can’t tell you specific recommendations without seeing your swing and seeing your launch numbers. Therefore, go and get professionally fitted for clubs if you can afford the cost. It will be well worth it – far better than some internet stranger like myself giving you general information.

Who the RADSPEED XB is Best For

The Cobra RADSPEED XB is simply best for a golfer looking for two thing: distance and forgiveness on their mishits.

Compared to Other RADSPEED Drivers

In general, the Cobra RADSPEED XB driver will be:

If you want a driver very similar to the Cobra RADSPEED XB but without having to spend $450, then consider the Callaway XR16 driver. Both of these are simply great forgiving, high launch, great distance drivers. One costs $450 brand new, and you can get the other for like $150 in great, used condition. The price difference is pretty significant, and the performance difference is minimal at best, truthfully. So why not save your money on the driver and spend your savings on a proper PGA pro lesson? That’s what I’m saying.

Well, that’s it for my review of the Cobra RADSPEED XB driver. If you have any comments, leave them below!