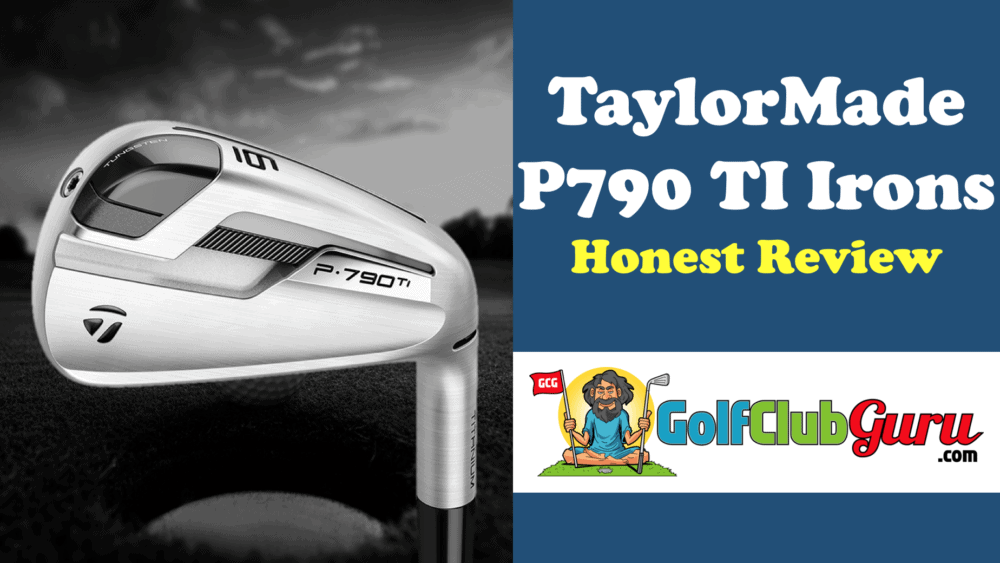 A Blunt Review of the TaylorMade P790 TI Irons

Take a trip back to your first set of off brand clubs you ever owned. Odds are, they were probably made of titanium, just like these crappy new TaylorMade P790 TI irons.

I won’t even lie to you. I’ve seen some crazy prices over the years. But this is just flat out stupid. Are you kidding me TaylorMade? $2,500 for a shit set of irons? Even if I was on the market for a set of irons, I wouldn’t pay $300 for this set of clubs.

Ok, they aren’t really all that bad when it comes to performance. But I can’t get over the sound and feel and impact. I’m a feel-based golfer, so maybe it’s just not a good fit for me. Try it out yourself if you are actually considering getting this expensive set of irons. If you are paying that much for clubs, you better make sure you get professionally fitted for the best club head and shaft for your swing.

I was fortunate enough (or many unfortunate enough?) to be able to test the TaylorMade P790 TI irons out last weekend. Compared to the original P790 irons, the P790 TI were ugly, chunky, and terrible sounding.

From TaylorMade’s Site (A Bunch of BS)

From their site: “P790 Ti, the culmination of four decades of golf research.” Dang, I’d love to know who has been wasting their life for 40 years to research the TaylorMade P790 TI Irons. I get it: Titanium is lighter and stronger than other metals. It sounds like it would be a good fit for club faces to launch the ball off the face faster without adding too much weight. But, it feels like CRAP at impact. Terrible sound. Terrible feel. Not what I would want in a $2,500 set of clubs.

Cleary we have been cursed by the feel and performance of forged steel clubs. Forged steel irons are the preferred metal for a reason, and the price reflects the difficulty of the forging process. So why is the TaylorMade P790 TI irons so expensive? Well, TaylorMade had to find a way to recoup some of their “four decades” worth of golf research maybe. And they probably thought that they could convince naive golfers that this “new” metal really is game changing.

“Our engineers used the most advanced materials available to deliver increased ball speed and breakthrough distance.” Yeah ok buddy. This is the worst marketing campaign I’ve ever seen. Don’t fall for this, please. These clubs literally sound and feel like a cheap off-brand set of clubs.

TaylorMade wants you to hit the ball as long as possible. If they can boost your ego, they’ve potentially got you as a customer for life. It’s hard to continue to keep innovating often enough to increase distance every year, though, so companies have to resort to other methods to increase distance. Two common tactics: 1) lying and 2) making lofts stronger. TaylorMade strategically chooses to do both on a regular basis. First, they lie about having an innovative product. Second, they keep making the lofts a litttttttttttle bit stronger each year. A 5 iron 5 years ago is now the same as TaylorMade’s 7 iron. It’s a win-win for TaylorMade and the customer. The customer “hits his/her irons further” and TaylorMade gets a positive review.

You could probably buy any other set… literally anything… and get a better value deal than purchasing the TaylorMade P790 TI. This site is BASED on clubs that give you the most value for your dollar. I literally shouldn’t have even spent time writing about these irons. Not worth the time and effort.

Please, do yourself a favor and choose a difference set of irons. Get fitted by a professional if you can afford it , don’t just become set on a specific iron for any reason.