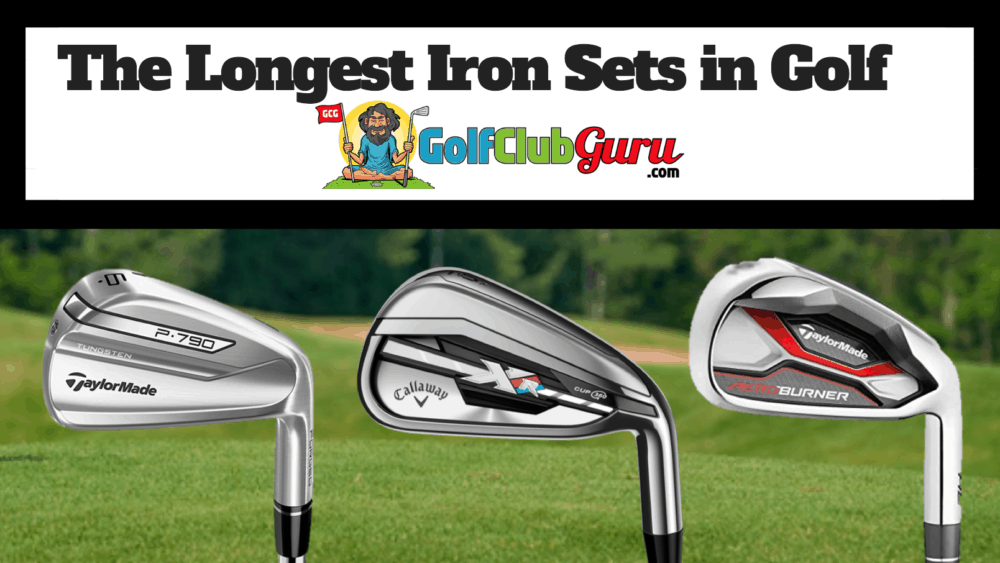 The Longest Irons on the Market

Golf is a game of control. Or is it distance? I’ll let you decide. Either way, everyone wants more distance, no matter the club. Drivers are obviously where everyone wants the MOST amount of distance, but everyone loves hitting a 6 iron a bit further as well.

How will irons with the most distance help your game?

Now that we know the benefits of longer irons, let’s talk about the longest irons that you can buy today. To sum this article up in short, Callaway and TaylorMade are known for producing the longest irons on the market. They have released tons of different sets of game improvement irons that are focused more on distance rather than distance control. A lot of my picks will be Callaway and TaylorMade irons sets as a result.

Who should buy the longest irons possible?

Alright, enough of an intro. Let’s talk about the longest irons that you can buy depending on your budget. Be aware that all links and pictures that you click on will take you to the respective iron sets available to buy on eBay.

If you don’t have much money, you are slightly limited in your options unfortunately. However, you can still pick up a decent quality set of irons that fly further than the average set of irons.

The TaylorMade Aeroburner HL irons fly super high and super long. They are one of the most forgiving irons that TaylorMade has ever produced. For these reasons, it is often times the set of irons that I recommend for newer golfer or for golfers that struggle with ballstriking.

TaylorMade has always had pretty strong lofts compared to other brands. And this set of irons has all of the weight on the back and bottom of the club heads, which is great for launching the ball high in the air.

If you want to save as much money as possible but still want a set of the longest irons for your budget, this is the best pick in my opinion.

If you want a set of irons that won’t cost $1,000 but that still provides longer distances, check out Callaway’s XR OS irons. They are from a couple of years ago, so they have reduced in price a good bit since then.

These irons were made to do two things: 1) be long and 2) be forgiving. That’s what they do, and nothing more. Distance control isn’t great, but that’s really only a problem if you are a lower handicap golfer.

Game improvement irons like these (the OS stands for “Oversized” by the way) tend to fly a little further than players irons. So, the XR OS irons will fly further than the players clubs that were released at the same time (X Forged).

If you want the longest irons that you can buy today, these are the ones. The perform best in distance and forgiveness for 2018, and for good reason. Like the other irons, distance control lacks a little. However, these are a great mix between game improvement irons and player irons.

If you feel like you are somewhere in between a poor and good ballstiker, these are great for you. As you improve, you’ll be glad that you didn’t stick with a super game improvement set of irons.

Yes, they cost more than other irons, as they were just released. However, if you have the money, they could be worth it. You’ll be able to use them for many years to come, and can pass them down to someone else when you move on!

Depending on what irons you are using now, you could be gaining 10-20 yards with these irons.