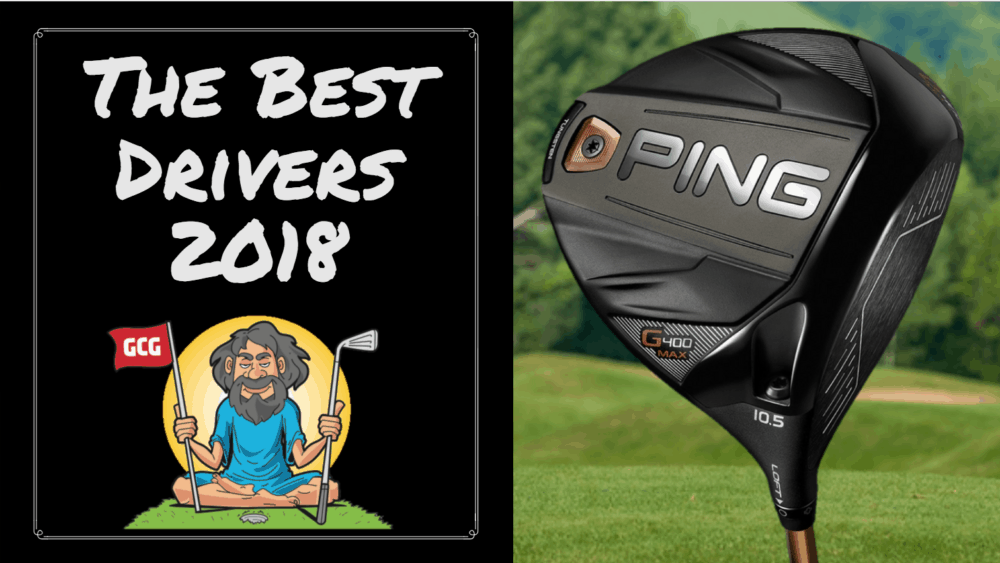 2018 has been one hell of a year when it comes to drivers. If you are looking for the best driver for your game, you came to the right spot. So settle in, get comfortable, and find the category that best describes you. I’ll split this article up into lots of different sections. You might be interested in a couple of the sections, so just pick the section that is on the absolute TOP of your priority list.

Please be aware that all links and photos (that you click on) will take you to the respective listings on eBay. I’ll get a small portion if you buy anything 🙂

Rest assured that I have tried all of these drivers, whether it be on the course, at a demo day, or one that I have in the bag at the moment (Epic). I’ve always been interested in finding the best drivers on the market. Often times, many golfers just end up getting the stock shafts. That’s a good thing because that’s typically what I demo the club with as well.

If you’d like to save as much money as possible on a driver, check out my articles here on the best value drivers that you can buy.

Without further adieu, here are the best 2018 drivers!

If distance is what you want, the Callaway Rogue driver is what you need. It is the longest driver of 2018, and there is really not much to debate. The jailbreak technology + a super hot face makes it the longest one on the market. Golf Digest and MyGolfSpy will likely agree with that statement as well.  The difference might just be a couple of yards compared to the other drivers in this article, but that’s pretty substantial to some golfers.

The club feels incredible on the face, and it is super forgiving as well. I nearly put it for the “best for distance” AND “most forgiving” winners. The Jailbreak technology allows it to be super long off the entire club face, not just the dead center of the face. The club has a pretty elongated crown, so it might take some getting used to; the club head is definitely longer than most.

For the best mix of distance and forgiveness, though, this is the one for you.

The Ping G400 drivers (there are four of them) are a great set of drivers. The Ping G400 Max is the most forgiving driver that you can buy this year.  Like the Rogue, it’s got a long front to back shape. Ping has lately won over a lot of golfers looking for a new driver. They don’t release clubs every 6 months like the other top companies. When they do release new models, though, they release some great stuff. The G400 series is no exception.

Many reviews have expressed lots more distance than expected on mishits and off center shots. Unless you are a low handicap golfer, you are going to miss the center of the club face pretty often. For that reason, a forgiving option is a great play when deciding on a new driver.

Golfers slice the ball because they come into contact with an open face and with an out-to-in swing. A nice way to fix the first problem is with a driver that has more weight on the heel of the club head. That results in less hand action needed to close the club face at impact. The Ping G400 SFT (straight flight technology) is the best driver for slicers for that reason. This driver makes it very hard for you to come into the ball with an open club face, taking one less stress out of your already complex golf swing.

It’s also got a lighter swing weight to help generate a draw pattern (right to left for right handers). So yeah it’s great for those that are simply tired of hitting slices all day. But it’s also great for aerodynamics and fast ball speeds off the face.

How will it help you stop slicing?

Can’t speak more highly of the Callaway Great Big Bertha Epic driver. I tried it at a demo day and was instantly hooked. I decided to save my money and buy it online 6 months later, though, and I’m glad I did! It is by far the best value driver that you can buy in 2018. That’s because Callaway recently released their new line of clubs (Rogue), therefore decreasing the demand of the still new Epic clubs.

The Epic was the first series to incorporate their jailbreak technology, which is proving to be very successful for both distance and forgiveness across the entire club face. I love how even mishits still fly relatively straight and far. I’m a huge fan of the look of the Epic over the Rogue, as well. It has a more compact crown which is more appealing to me personally.

Why is it the best value?

Women need a ladies flex and a driver that weights slightly less than a men’s driver, unless their club head speed is in line with an average man’s. The lighter shaft will have more whip to it, allowing women to create more club head speed than they would with a more stiff, heavier shaft. The lighter clubhead will also help women create more speed and hit the ball longer.

Design is important as well, especially for women. In my opinion, the TaylorMade M4 is the best driver for women in 2018. Perfectly designed to maximize distance while still focusing on distance from lower swing speeds (relative to men).

Why it’s great for women: