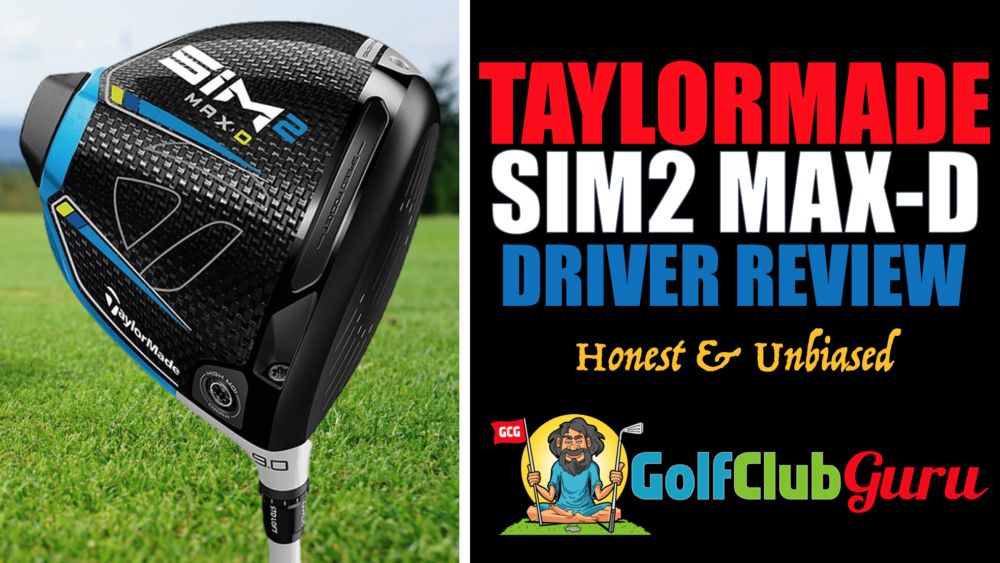 If you are looking for a draw-biased driver, you now have lots of options to choose from. You’ve got lots of older models (with movable weights and with permanent heel-positioned weights) as well as brand new releases (Callaway Epic Speed DS, Ping G425 SFT, Cobra RADSPEED XD, etc.). It seems that practically ever brand is getting on board with draw-biased drivers to cater to the large crowd that struggles with their banana slices – and are willing to pay up to fix it.

The problem is: a draw biased driver won’t necessarily fix your slicing or missing to the right. Sure, it may cover it up (like a bandaid) or make your miss slightly less right, but it won’t fix it. The only way to actually fix an open club face at impact? A combination of swing changes and/or grip changes. Because you apparently have enough money to potentially buy the TaylorMade SIM2 Max-D driver ($500+), I’d highly recommend that you spend that money on lessons as opposed to a single band aid.

Ok. So glad that we got that out of the way. If you skimmed over the first two paragraphs, please read over them again. You wanted fair and unbiased thoughts – and that’s what you get from me.

Now, let’s move on to the actual review, shall we?

If you are looking for an all-around beautiful driver, you came to the right place. I really like the contrast of the white/gray and black crown. On the flipside of the driver, you’ll see two weights. One weight is placed centered and far back on the club head for high launch and some added forgiveness. The second weight is what you really came here for. The second weight is as close to the heel as I’ve ever seen. The weight makes the toe of the club head much easier to naturally turn over, allowing you to close the club face and hit the ball squarely.

When it comes to performance, it will depend on you and your swing, obviously. In general, though, you can expect to see more straight (and even left misses) than your previous driver. The heel-positioned weight will definitely make the club face easier to square up at impact.

If high, towering draws like Rory is what you are looking for, then you came to the right review. And if you want lots of extra forgiveness on your off center hits, then the TaylorMade SIM2 MAX-D driver is exactly what you are looking for. The club face is significantly taller than the SIM2 and SIM2 MAX, leading to a larger sweet spot. If you tend to sky the golf ball with your current driver, that should happen a lot less frequently due to the taller club face.

It should go without saying though, that you need to get fitted for a driver if you want to optimize your distance and spin rate. So if you are going to spend $500 without getting fitted, then you are potentially wasting money and missing out on performance. But if you don’t want to mess with getting fitted and just want a super forgiving, high launching driver with lots of forgiveness and a draw bias, the SIM2 MAX-D is the one for you.

If you want a super forgiving, high flying driver with a huge sweet spot and a draw bias, the TaylorMade SIM2 MAX-D is the driver that you are looking for…. but only if you can afford it. Like I mentioned earlier, the driver will cost you $530 + taxes/shipping/fees. If you are OK with spending that kind of money on a single club, then more power to you. This driver will stay up with date with technology for 5-10 years, so you shouldn’t really need to upgrade until the next decade.

If you really want this driver, but don’t want to spend your hard earned moolah, then carry on to the bottom section of this review for a better priced alternative that will perform practically the same.

Comparison To Other TaylorMade SIM2 Drivers

The SIM2 series of drivers has three models: SIM2 (a low spin head for faster swing speeds), the SIM2 Max (for a great combination of distance and forgiveness), and the SIM2 MAX-D (for a high launching, forgiving club head with a draw bias).

Compared to the SIM2 and SIM2 Max, the TaylorMade SIM2 Max-D driver is:

Alternative To Save Money

I’m always on the look out for a great performing driver that will perform just as well at the new releases, but at a SMALL FRACTION of the price.

The main differences between the two? The color scheme, the name (barely), and the price tag. While a SIM2 Max-D will set you back $500+, you can buy a slightly used M2 D-Type driver for around $150. The choice literally has never been easier to NOT buy a new release. They all work practically the same as long as they were made by a premium brand and released in the past 5 years or so.

Did you like my review of the TaylorMade SIM2 Max-D driver? Let me know below!