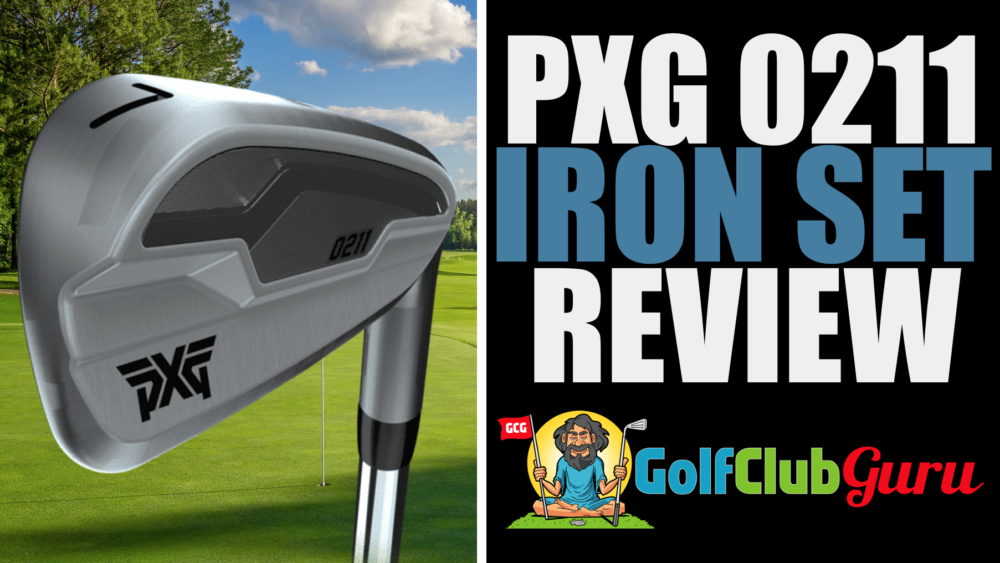 An Honest Review of PXG 0211 Irons

I can’t say I love PXG as a brand. Just the same way that I don’t understand people buying a Rolex watch. I’ve never been one to spend more money than I really needed to, but I do understand that everyone is different.

If you want a blunt review of the PXG 0211 irons, then you came to the right place. I’ll tell you like I see it – I won’t just paraphrase the manufacturer’s website like many other brands do.

I can appreciate the fact that PXG introduced the 0211 line of clubs as a better value option compared to their typically outrageously expensive clubs. The PXG 0211 irons are now just $109/club on sale (normally $179/club). However, if you are looking for “value”, then PXG shouldn’t even be in your vocabulary. There are simply too many great options out there for far less than the price of the PXG 0211 irons.

Alright. That’s enough of an introduction for this review. Let’s dig in.

Appearance: At address, the PXG 0211 2021 irons looks very sleek – you’d almost say that it looks like a blade except for the longer width club head. I’d categorize this as a players iron with some extra forgiveness, which is a category that more and more golfers are looking into.

The low & oddly-shaped perimeter weighting do a great job of adding some forgiveness but without taking away from the thinner topline at address.

Distance: Let’s take some time to talk about distance. These babies are long, but for an obvious reason. That reason? The strongest lofts that I’ve ever seen. They basically take an average 5 iron loft and instead stamp a “7” on it. Deceiving? Very. I wish they would just put the loft on the bottom of the club instead of a completely random number that has no meaning anymore.

Just a fun little tidbit: Back in the 1970’s, the average FOUR iron was around 28 degrees. The PXG 0211 has a 28 degree loft on the SEVEN IRON! I don’t know about you, but I don’t have to trick myself into feeling good about my iron game by having a different number stamped on the sole. An honest set of irons would just list the loft – not an arbittrary number.

If you aren’t careful, you might end up with a 4 iron (19 degrees) that is actually lower in loft than your current hybrid. So, yeah, safe to say that I’d recommend stopping this set of irons at the 5 iron, or even 6 iron! You may need another wedge to fill the gap that this set will leave you.
Forgiveness: I won’t lie to you. These truly did feel more forgiving than any other players iron that I’ve ever hit. Off center strikes still traveled far and straight. However, that’s completely anacedtoal and dependent on how well I was striking it yesterday (really well).
Thankfully, there is one benefit of the stronger lofts besides the FAKE distance gain: shorter shafts. While you may have needed a longer shafted 7 iron to hit it 150 before, you may be hitting a shorter shafted 9 iron now. Shorter shaft = more forgiving and simply easier to hit on average.
Feel/Sound: While these aren’t forged like their much higher priced clubs, the casting process has come a long way in the past decade. Most golfers would have no way to tell whether a club is forged or cast without simply looking for the words “FORGED” on the club head. However, in general, the forging process is great for distance control, as there are no air bubbles in the club face. So without these being forged, I’m sure we can expect a small decrease in distance control overall.

The PXG 0211 irons are meant for golfers that want a forgiving, long set of brand new irons with a thin profile. This is definitely a growing target audience, as many golfers don’t like the look and feel of a chunky set of irons, but they aren’t ready to give up the forgiveness of the game improvement clubs.
It’s also a great set for any PXG fan that isn’t quite ready to shell out thousands for a set of their premium forged irons. I’m truly shocked that they have released a set of irons priced this low. Deep down, I feel like they might end up regretting that, as they were known for creating some of the highest quality irons at premium prices. Now, golfers will be expecting a lower priced alternative for the future.

Here’s what you are really wanting: a long players irons that has some extra forgiveness. I can give that to you for a much lower price in the Mizuno JPX 825 Pro irons. No, the lofts are not quite as strong as the PXG 0211 irons, but the performance is practically the same if you look at the loft of the clubs, not the number on the club head.

I’m currently gaming this set, and I can’t say enough good things about them. I’ve had them for 5+ years and I don’t plan on changing anytime soon. Great distance, great forgiveness, great look, and incredible price. What more do you want people??  Oh, and on top of that, you get a forged club head and are getting the best iron brand in golf (my personal opinion). Lastly, you can get the Mizuno JPX 825 Pro in great condition for under $300.

Thanks for reading my review of the PXG 0211 irons. What are your thoughts on the set? Leave your comments below!