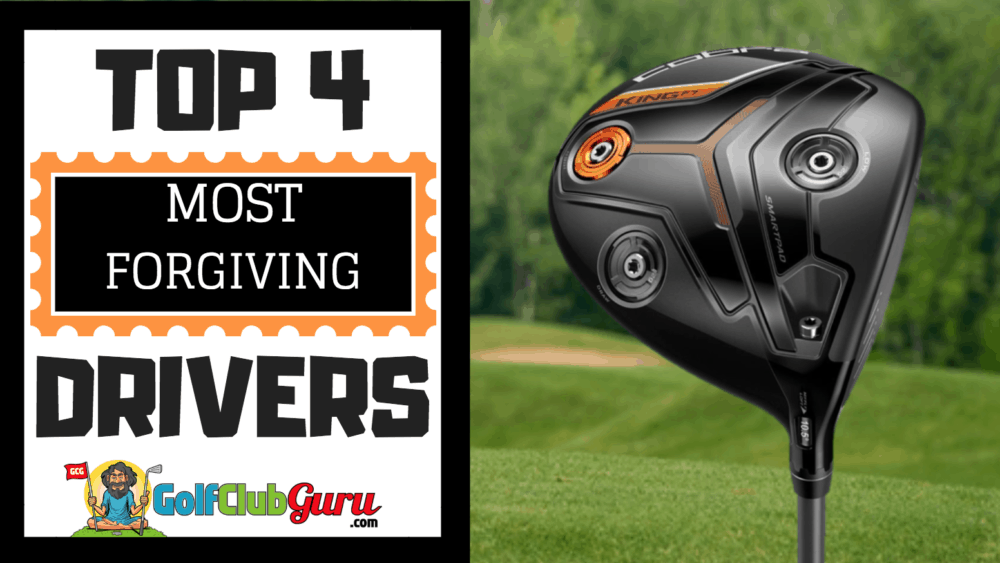 The Most Forgiving Drivers in Golf

If you are looking for the most forgiving driver, you probably struggle with hitting fairways. Either you don’t hit enough, or you just sometimes hit some out of control drives that end up out of bounds. If you want to hit more fairways, you can do two things: 1) fix your swing and 2) pick up a more forgiving driver.

What is a “more forgiving driver” anyway?

Below are the top 5 most forgiving drivers on the market at the time of this writing! Let me know if you think I forgot to mention one that is worth noting. I will definitely consider adding it to the article if I agree.

By the way, all links & photos that you click on will take you to the listings on eBay for the respective driver.

The Callaway XR 16 driver is incredibly forgiving. It’s got a very large club head and sweet spot. Even mishits should end up OK on average.

How is it so forgiving?

Plus, forgiveness aside, this driver is super long. The perfect combination for someone that is currently struggling off the tee. The price has dropped pretty significantly in the past year, so this is a good time to pick it up in my opinion.

The RBZ driver has one of the larger, most forgiving heads that I’ve ever seen. The club head is 460cc and made of titanium. More so than any other driver, the weight is placed in a way that will launch the ball very high and with low spin.

Here is how it’ll help your golf game:

To be completely honest with you, Cobra drivers are my absolute favorite at the moment. The King LTD is the best feeling driver I have ever hit. The King LTD is not as forgiving as the Cobra King F7, though, which is a great driver in its own right.

Cobra uses a lot of big words and fancy talk when they advertise their drivers. I’ll try to keep it as simple as possible in this article though.

Just how forgiving is the Cobra King F7?

If you want a forgiving driver, don’t look past the TaylorMade M2 driver. The M1 and M2 drivers took the golf industry by storm a couple of years ago, and they are just now becoming good value clubs.

These drivers, especially the M2, are just about as forgiving as they come. They were the most popular drivers on amateur tours for at least a year, which says a lot about their performance.

When it comes to design, there are a couple of things that stick out that make the M2 drivers so easy to hit.