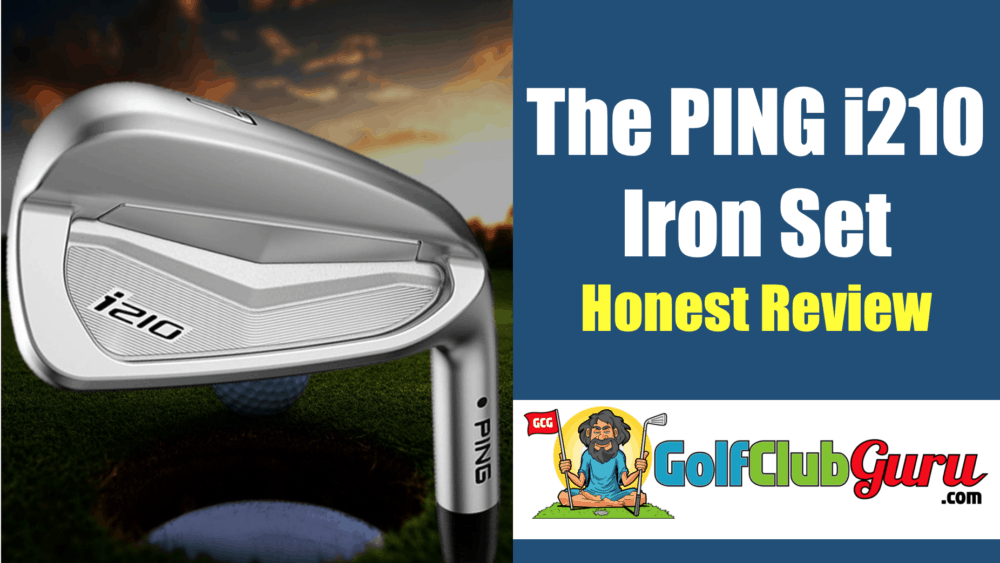 Ping launched the popular players i200 iron in January 2017 and made a few modifications in their latest release in their i210 line. Golfers looking for the classic player iron appearance packed with plenty of forgiveness will really enjoy the new Ping i210.

Ping engineers improved perimeter weighting and placed a 30% larger elastomer insert in the i210.  The insert is 50% softer than previous models and spans an additional 25% area on the face for a buttery feel at contact while still returning more energy to the ball at contact.

The Ping i210 irons offer a visually pleasing, more compact shape and minimal progressive off-set. The leading edge and sole improvements allow superior interaction with the turf while the HydroPearl Chrome 2.0 finish repels water and improves consistency from rough and wet conditions. Ping redesigned the grooves with a sharper edge radius and tighter groove spacing in the pitching wedge and utility wedge, similar to the grooves in Glide 2.0, for precision control in the scoring clubs.

Ping i210 irons look amazing at address with a slim top line and medium width sole.  The chrome finish looks great with a flat grey in the hitting area and solid white paint fill in the bottom groove.  I210 irons have a very simple and classic look.  The sole is slightly thicker and narrows up toward the toe.

Flipping the club over to the cavity you can see the cut out where the elastomer insert is placed low and behind the center of the face.  The fairly simple look works with the i210 and players of all ability levels should respect the simplicity of the iron.

I210 provides an extremely consistent short pattern.  Shots maintained a slight right to left ball flight and average 252 rpm side spin and average carry distance of 162.9 yards.  Ball flight was fairly high with an average 31.3 peak yards and 46.2* descent angle so the ball will stop quickly on the green.  Ping claims the i210 has a “Buttery Feel” and they live up to the hype.  Impact is soft and quiet and looks great with a smaller profile.

Players on a tighter budget need to search for the previous i200 model for a similar performance, look and feel.  The changes from i200 were fairly minimal in the technology in 2017 to the new release of the i210 in 2019.  Overall, it’s a great iron at a cheaper price.  In fact, you could probably find i200 for around $600 for an entire set at the time of this writing.

If it were up to us, we’d stick with the lower priced option.

Personally, the i210 irons are my favorite iron tested in the Ping lineup.  They look and perform phenomenal, I could see myself putting them in my own bag.  Low handicap players can easily put the i210 in play while they are still forgiving enough for some of the mid to high handicap players.  Normal price for an i210 iron is $125 per club and $1000 for a full set of 4-UW while the graphite is slightly higher at $137.50 each and $1,100 for the full set.