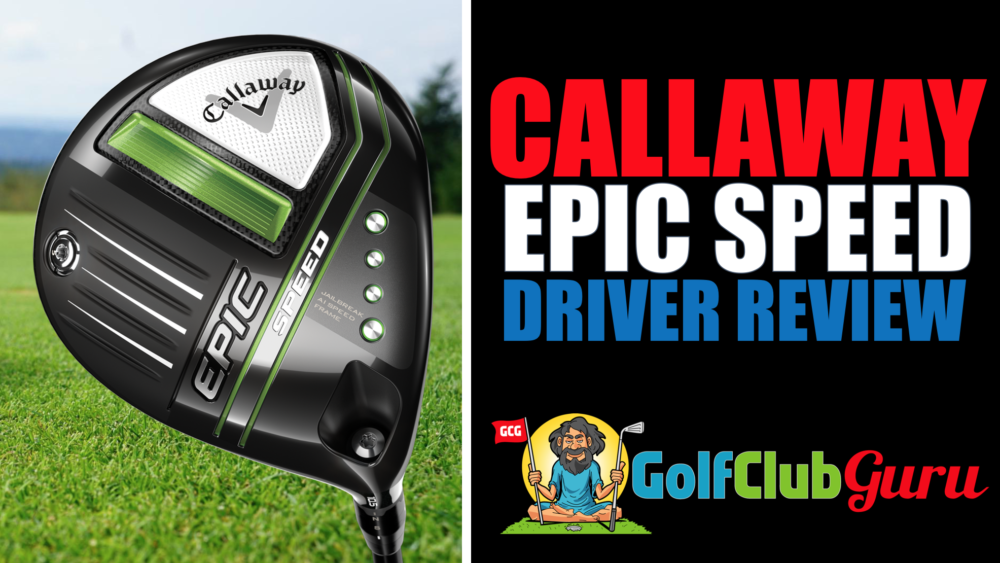 We all know Callaway releases 2-3 drivers every year. If you still think each one is significantly better than the previous, then you have fallen victim to their little game.

Don’t get me wrong – Callaway makes some awesome clubs. But the secret is to wait 2 years before buying any Callaway clubs. Never buy anything that was just released. They will just release new models (practically the same club anyway) in a few months, therefore severely devaluing your clubs.

This driver looks like practically any other driver that Callaway has released in the past 5 years, but just a LITTLE bit more compact that the rest. That is due to the large focus on aerodynamics.

At address, the black crown and simple design looks great in my opinion. It’s a really sleek looking club. But, again, nearly all drivers are these days.

When it comes to performance, the driver is super long and pretty forgiving – the perfect combination for practically any golfer that wants to max out his/her distance but still have some extra support on their mishits. The Callaway Epic Speed driver is most likely the longest driver in 2021.

Obviously my personal experience is going to have practically zero value to YOU and YOUR game, though, so I’d highly recommend that you try the club out yourself. If you can afford it, get a professional club fitting. You may find that this driver head gives you the longest drives, or you may be surprised that another brand blows the Callaway Epic Speed driver out of the water.

In general, though, expect tons of forgiveness and more distance than you truly need to score well. However, I’d expect the same performance from any of their drivers within the past 5 years. I’d highly recommend an older model like the Callaway XR16 if you are looking to save some money. The “Jailbreak Technology” and “AI Engineered Club Face” sound great but the classic XR16 still performs practically the same.

I’ll be completely upfront about this: the Callaway Epic Speed driver is perfect for a golfer that wants a super long-hitting driver… but ONLY if they have a huge budget. If you are stressed for cash or just want to buy the best VALUE driver on the market, this isn’t the one for you.

If cash is no problem, you might as well go for the cream of the crop. As a newest release, you can rest assured that the Callaway Epic Speed driver has all of the latest technology utilized to make golf as easy as possible and make your drives fly further than other drivers.

These three drivers were all released at the same time, so you may be trying to decide between the three. I’ll try to make it as easy as possible.

Ball Flight, Launch Angle, and Amount of Spin (All Related)

I don’t know about you, but I don’t love the idea of spending $500+ on a driver. Actually, I absolutely despise the idea. If you agree, then you should look at a different driver.

I’d highly suggest going with an older model driver. Their older models are FAR less expensive and will still perform nearly just as well as the current releases.

The model that I suggest the most to those that want the best value is the Callaway XR16 driver. It’s about 5 years old but still launches the ball as far and long as the new drivers. Oh, and you can get one in great condition for around $150… sometimes even closer to $100, actually.