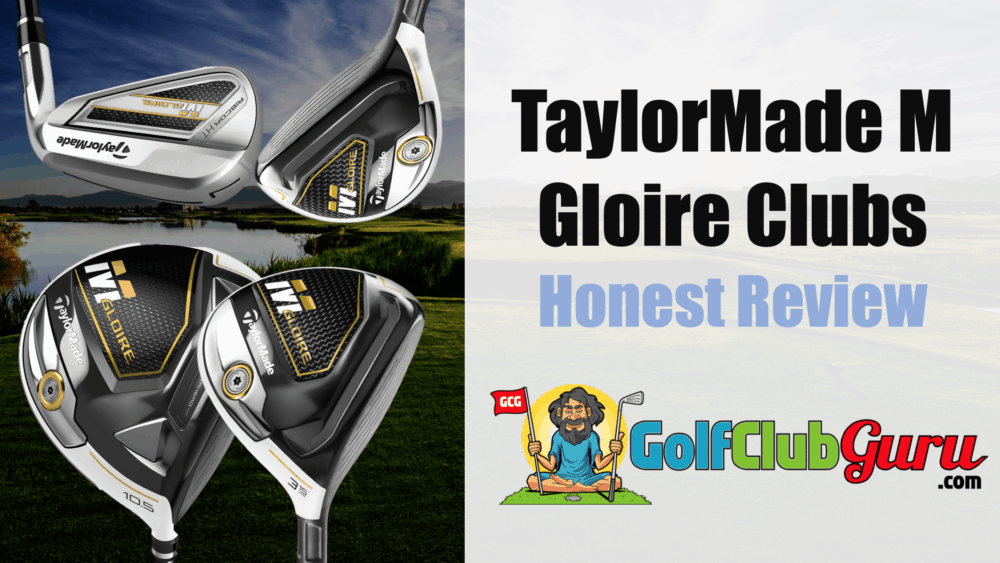 An Honest Review of the TaylorMade M Gloire Golf Clubs

Holy cow. I was really hoping for a super expensive line of clubs that aren’t any different than the last 5 years of TaylorMade clubs. And man did they come through! The TaylorMade M Gloire line of golf clubs have literally nothing that makes it worth more than any other club on the market. However, they still raised their prices to outrageous levels, because it’s “made specifically for the Japanese Market”.

Let’s talk about the driver some, shall we? First off, you could literally save hundreds and hundreds of dollars by picking up the M4 D-Type, which is practically the same exact club for a fraction of the price. The TaylorMade M Gloire driver has a fixed hosel, meaning that it’ll be a huge inconvenience to reshaft it if you want to later on.

Trust me, with a drier, you have nothing to gain by using a forged club face. And the “twist face” is just one of the many gimmicks in the industry. The Japanese market is obsessed with forged faces, no matter what club they’re using. In general, Japanese clubs like the TaylorMade M Gloire driver tend to have a draw bias and longer, softer shafts than the United States golf market.

If you are looking to waste money, go with the TaylorMade M Gloire driver for $700+. If you actually care about where your money goes, though, consider the TaylorMade M4 D-Type for $200. And of that $500 that I just saved you, I ask that you find a good PGA instructor and prepay for a set of 5 lessons if you haven’t already.

If you have $400 to just waste of ONE fairway wood, go for it. If you are like me and like to save some money when possible, consider the Callaway XR fairway wood for around $80-100. Like the M Gloire, it’s very easy to hit and high launching. The sole is very flat, allowing even mishits to still fly relatively straight. Neither fairway wood is extremely versatile, but it’s not very often that you’ll find yourself needing a fairway wood from a rough lie anyway.

Truthfully, I’m a big fan of TaylorMade hybrids. I find them to be a great mix of versatility, forgiveness, and feel. However, what I am NOT a fan of $300 hybrids, let alone a $300 set of irons. Yep, I like great value clubs if you can’t tell yet.

The TaylorMade M Gloire hybrid is a great hybrid. That’s because it’s pretty much the same as any other older TaylorMade hybrid. You can pick up a slightly used TaylorMade M2 rescue for around $60. Hmmm. $60 compared to $300 for practically the same club. Man, it’s a really tough choice.

$1,400 for a set of CAST irons with forged faces. That should tell you right off the bat that they are NOT worth the price tag. Now if this were a set of forged irons from Mizuno, this might be worth talking about. Honestly, no game improvement iron should EVER be more than $500 in my opinion. It’s as simple as that. If you are looking for game improvement irons, you need to be spending your money on lessons, not on the newest, most expensive golf clubs.

The TaylorMade M Gloire irons are a great set of clubs for those looking for forgiveness and high launch. There are simply too many better-priced alternatives, though. For example, check out the Cobra F9 Speedback irons. They are about $1,000 less expensive, and will perform practically the same… if not better.