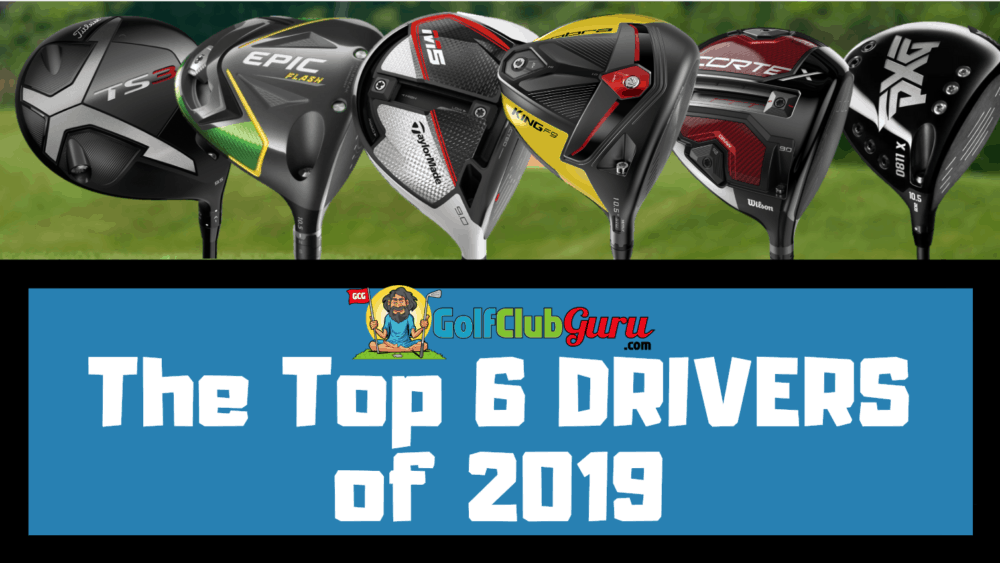 I really don’t think an introduction is necessary. Oh well, I’ll do one anyway.

Note: I will receive a commission from eBay for any purchases that you make after clicking on any links/pictures. Thanks in advance!

Callaway’s new driver, the Epic Flash, actually has a really cool story behind it. You might see it as gimmicky; you might see it as genuine. You’ll have to choose that for yourself, but I like that they are truly doing something DIFFERENT than years before. Other companies simply change the color scheme, add a few moving sliders, raise the price tag, market the crap out of it, and sit back to profit. This is a different story though: there’s actually some innovation with the Callaway Epic Flash. What is the innovation? Allowing artificial intelligence (AI) to design the driver face.

What was the result? Higher ball speeds (compared to their previous models!) on center strikes. Nothing really changed for off-center contact, but drives hit dead center on the face flew off the driver face at 1.5-2 mph faster. That’s roughly 4-6 more yards on drives. It truly is hard to get that many yards from a new driver, although it might not sound like a lot to you.

Callaway Epic Flash also a sub zero model, where the weight is taken from the crown and instead placed on the sole of driver, allowing a tad bit more forgiveness and higher launch angles on average.

So I hear you hate money? Great, PXG is a great company for you. Jut give it all away and you’ll end up with a driver that miiiiight increase your consistency and distances by marginal amount. Just kidding, this driver came in well below expected price ranges, as PXG can finally stop marketing so much and pass on those savings to customers.

This is actually a great quote from PXG founder Bob Parsons: “The people who buy our product, most of them don’t even ask the price. For the people who do care about the price, this will make a difference for them.”

So, let’s actually start talking about the PXG 0811 X GEN2 driver, shall we? We can start with the raised, variable thickness crown (the top of the driver head). It stiffens the crown and leads to (marginally) higher and more consistent ball speeds. It has 9 heavier weights now instead of 10 lighter weights. It’s a slightly heavier head, leading to a small increase in consistency. It’s believed that the 0811 X GEN2 driver will be the lowest spin driver head in 2019. Less spin = less curvature = more distances = happier golfer.

Wilson?? What? Is that a mistake? Did I meant to put TaylorMade? The hell is going on here? Wilson is a a crappy golf company, right? No, wrong!

Wilson is super underrated when it comes to golf clubs nowadays. Heck, they used to be THE #1 company in golf. They are slowly climbing their way back towards the top, that’s for sure. They have released some incredible clubs in the past 3 years, most notably their new Wilson Cortex driver. This is the first premium driver that they have made for a while, though. It sounds and performs nearly just as well, if not better, than the top driver companies. He’s a little biased, but Wilson Golf president Tim Clarke is calling the Cortex the “best testing driver Wilson has ever produced.”

The Wilson Cortex driver excels when it comes to ball speeds, launch angles, and spin rates, which are three super important characteristics to ANY golfer. This is the first adjustable Wilson driver, and it’s made with more carbon fiber (slightly lighter) material, allowing more club head speed. Overall, the Wilson Cortex is the best driver Wilson has ever made. I wouldn’t be surprised if more guys (and gals) slowly start moving over to Wilson in the next 5-10 years.

Technically, I should think kinda highly of this driver. I’m a big fan of Callaway’s AI innovation, so maybe I should have the same attitude towards TaylorMade’s twist face and screw face technology. They are doing something different with the TaylorMade M5 driver.

MyGolfSpy said it best: “From the company that brought you Speed Pockets, Inverted Cone Technology, and Twist Face; TaylorMade is excited to bring you Speed Injected Twist Face.” Interestingly enough, they actually made the TaylorMade M5 so fast that it was over the USGA’s limits. Therefore, they dialed it down just enough to where it wouldn’t be classified as ineligible in competitive golf. Cute story, but it’s all been done before.

The inverse track on the TaylorMade M5 is nice. It offers you to adjust launch angles and draw-fade bias. The COG is also as low as possible, great for forgiveness and less spin. They also say the sweet spot is significantly larger — 66-100% larger than previous models.

Finally, a premium driver from Titleist. It’s been a while, hasn’t it? Who doesn’t like Titleist as a company? Please raise your hand. If you raised your hand, close this tab on your browser. I don’t need that type of negativity in my life. Just kidding, you can keep reading. Many tour guys put it in their bags before the majority of the golf industry knew about its existence: that should tell you plenty right there. If it’s good enough for those guys, it’s DEFINITELY good enough for you.

The main premise: Titleist will not lose on speed any longer after the Titleist TS3 driver. They’ve fallen behind in the past compared to Callaway and TaylorMade when it comes to golfers focused on distance. Not any more though. How did they do it? Great question — they are staying silent, and I’m OK with that. the Titleist TS3 is going to be one of the best performing drivers on the market in 2019.

Aeroficient. That’s the word that Cobra made up for the Cobra King F9 SpeedBack driver (whoa, that’s a mouthful). It means being efficient regarding aerodynamics. Unfortunately, aerodynamics is a less-than-super-important characteristic when it comes to performance. A HUGE improvement in aerodynamics will still leave you with minimal results.

Luckily, they have more going for them with the Cobra King F9 SpeedBack driver. Other aerodynamic drivers have a center of gravity that is mid to high compared to other drivers. This driver is aerodynamic AND has a low center of gravity though, which is very hard to pull off. That’s a killer combination for golfers of ALL handicaps (no matter how much you lie about yours).