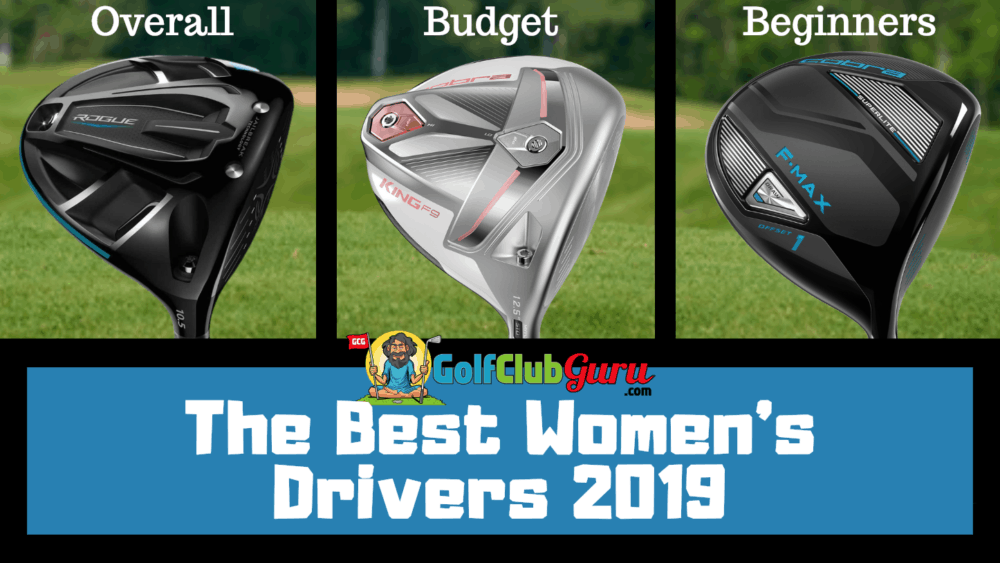 The Best Drivers for Women 2019

Drivers for women are not that different than drivers for men. If you are a beginner and already have a hand me down driver, that will be fine to use, as the small difference is not significant. If you are on the market for a new one, though, you might as well get a women’s driver to maximize performance.

Here’s a quick breakdown of the differences:

I think we are ready to get into the best 2019 drivers for ladies! This article will be updated this entire year, as new releases are sure to start coming out soon.

Ladies, please note that I will earn a portion of anything that you buy on eBay by clicking my links/pictures in this article. Thanks so much!

The women’s Callaway Rogue driver is going to be hard to beat, there is no question about it. It’s the best combination of distance and forgiveness, which is generally what women look for in a new driver. The entire Rogue family of clubs (woods and irons included) has been the longest model of clubs that I’ve ever hit, so I see no reason why the Women’s driver would be any different.

How is it different than previous models? The main technology here is the Jailbreak bars that are inside of the club head. They result in a larger “rebound effect” where the ball bounces off the club face as faster speeds. The jailbreak bars also result in more forgiveness across the entire face. That’s a huge benefit, as many women struggle with consistently hitting the center of the club face.

The Callaway Rogue club, even though it was technically released in the previous year, is still pretty pricey. If you are looking for a lower budget option club that was released this year, check out the Cobra King F9. Cobra has released some incredible drivers in the past 5 years. They are extremely underrated when it comes to drivers and fairway woods, and more golfers are starting to realize that. They are especially know for their forgiveness, which is great for mid-high handicap female golfers.

How is it different than previous models? The main change is how Cobra implemented their new “SpeedBack” technology. Basically, they made the club head more aerodynamic and lowered the center of gravity (COG). The improved aerodynamics increases club head speed, while the lower COG increases the launch angle and forgiveness of the driver.

Who it’s best for: The Cobra King F9 women’s driver is best for ladies that want to try a slightly cheaper driver than the Callaway Rogue. You’ll save money and improve the results of your mishit shots (due to the increase in forgiveness).

The first two drivers in this article (Rogue and King F9) are incredible drivers, but they weren’t designed SPECIFICALLY for high handicap golfers like beginners.

Other the other hand, the Cobra King F-Max SuperLite Offset (whoa, that was a mouthful) was 100% designed for women that don’t excel when it comes to driving the ball. The name of the game here is maximizing forgiveness, and this club does just that. Here’s why it’s the most forgiving club that women can buy:

How is it different than previous models? Well, this is Cobra’s most forgiving driver of all time. So, there’s that.

Who it’s best for: Women that are new to golf, or women that simply struggle with their driver.